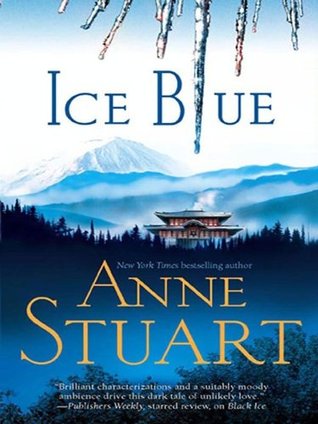 “He really didn’t know what he’d do Kiss her. Shoot her. She was making him crazy, and he couldn’t afford to let that happen.”

THE STORY: Summer Hawthorne, a museum curator, is kidnapped over a Japanese urn given to her by her beloved nanny. She ends up rescued by Takashi O’Brien, a man who might be more dangerous than those who kidnapped her. Taka is a man who has been given the order to kill Summer in order to keep the secrets that she holds: the location of temple ruins in Japan to be used by a cult to bring about mass destruction. Taka and Summer both have darkness within them and somehow they recognize one another even as the story tips between Summer’s certain death and Taka’s desire to rescue her.

OPINION: I absolutely love this book. Summer and Taka are one of my favorite couples in this series. There is a dearth of Asian heroes and I especially liked the interracial aspects of this story. The two of them have a dangerous edge throughout the story. Taka almost kills Summer multiple times and even though he knows he must, he continually finds reasons to stop. Summer is overwhelmed by the events happening to her and yet she demonstrates and incredible amount of strength. At times, there is so much tenderness between them even as they both fight against it. The action and adventure in this story is non-stop and even apart from the emotional story between these characters, it is a fun ride. Stuart has a different type of hero. Taka is deadly, not only to others but also the heroine. What I like best about this book is that there is also tenderness from Taka despite himself. This book also has some hot airplane sex and who can resist that?

WORTH MENTIONING: Adore, adore Taka’s cousin Reno who has his own book in FIRE AND ICE. Readers of this book might guess who the heroine is.

FINAL DECISION: This is my second favorite book of the series. Filled with action and the type of dark anti-hero that Stuart is known for, Taka believes himself immune from love, but he can’t resist Summer.

CONNECTED BOOKS: ICE BLUE is the third book in the Ice Series. It can be read as a standalone although there are overlapping characters that might remain mysterious if the reader is not familiar with the series.

STAR RATING: I give this book 5 stars.