Commander in Chief by Katy
Evans 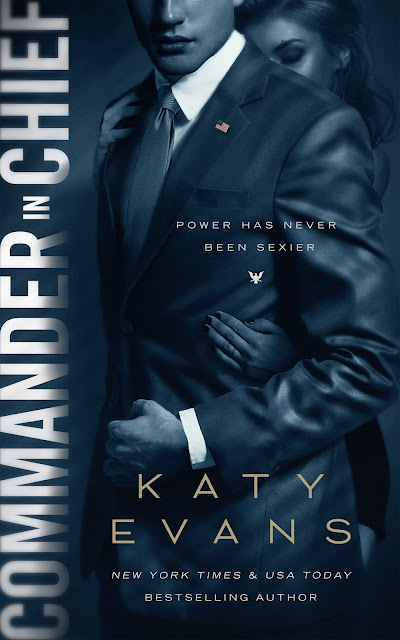 Synopsis:
The sizzling second installment of the White House series,
by New York Times and USA Today bestselling author Katy Evans.
We fell in love during the campaign.
The stakes were high.
Reputations could have been ruined.
Scandal hovered over us like a cloud.
Now the man I love is the President of the United States
of America.
And its not my vote he is after.
He wants it all.
My heart. My body. My soul.
He wants me by his side.
In the White House.
Normalcy will be gone from my life, privacy forgotten.
I am only twenty three. I just wanted to play a part in
history. But it seems like history wasn’t done with me. The part where I lost
my heart to Matthew Hamilton? It was only the beginning…
Add to Goodreads: http://tinyurl.com/h5r4pur
Buy Links:
Amazon ➜ http://amzn.to/2hKao0A
iBooks ➜ http://apple.co/2exwldw
Nook ➜ http://bit.ly/2fClbIX
Kobo ➜ http://bit.ly/2el3HyN
Mr. President, Book 1
Amazon ➜
http://amzn.to/2dYH8wj
iBooks ➜ http://apple.co/2dPYPQr
Nook ➜ http://bit.ly/2dNp2hl
Kobo ➜ http://bit.ly/2cQp2Rv 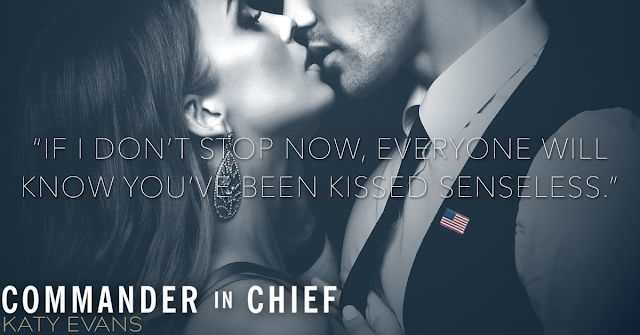 About the Author:
Katy Evans is a New York Times, USA Today, and Wall Street
Journal bestselling author. Her debut REAL shot to the top of the bestselling
lists in 2013 and since then 9 of her titles have been New York Times
bestsellers. Her books have been translated into nearly a dozen languages
across the world.
Connect with the Author:
Email: katyevansauthor@gmail.com
Facebook: www.facebook.com/authorKatyEvans
Twitter @authorkatyevans

“I don’t want to forget that for a little while, Matt Hamilton — forty-sixth president of the United States — was mine.”

THE STORY:  This book begins two months after the events of MR. PRESIDENT.  Charlotte has tried to get over being in love with the President-Elect Matt Hamilton.  She knew when they began their affair that it would not last because Matt is dedicated to the well being of the country (one of the reasons she fell for him) and the assassination of his father has convinced him that he cannot have a relationship while being President.

Two months without Charlotte has made Matt realize that he cannot be without her.  At the same time, Charlotte knows that she doesn’t have the qualities needed in a First Lady.  But Matt is determined to convince her otherwise.

OPINION: I loved the first book in this series MR. PRESIDENT.  This book was not quite as good primarily because I liked the drama of Matt and Charlotte just falling in love.  In this book, the two of them have to decide what sacrifices they are willing to make to be together.

Both Charlotte and Matt have trepidation in actually committing to their relationship.  For Matt, it means possibly reliving the mistakes of his father who had been president himself, at times ignored his own family and ended up assassinated.  For Charlotte, it means being entirely visible to the public, her life and love open to the possible jackals waiting to attack.  She doesn’t know if she is strong enough to be the woman at Matt’s side.

This is the story of two people making their relationship work. There is never any real challenge to these two being in love and wanting to be together.  The question is a real one in the world — is love enough?

Honestly, however, this presidential romance is really more of a fairy tale. The politics, media and public is too accommodating and easy for the characters to navigate.  That doesn’t mean that I didn’t like the book, I certainly did.  But if you are looking at a realistic look at politics surrounding this couple, you won’t find it here.  Instead, this book is a romantic fairy tale.

The romance and fairy tale quality of this book is a good contrast to the current politics. I loved the intense and open romanticism of this book.  My only warning comment is that the book really requires the first book in the series (this is more like a part 2 rather than an independent book).

WORTH MENTIONING:  The one phrase I’m never going to be able to forget in this book is “big presidential c**k”.  That tells you want you need to know about the sensibilities of this book, you can make your own determination if this book is for you.

CONNECTED BOOKS:  COMMANDER IN CHIEF is the second book in the White House series.  This book continues the romance between Matt and Charlotte and is intended to be read after the first book.

STAR RATING:  I give this book 4 stars and 4.5 stars for both books together.

NOTE:  I received an ARC of this book in order to provide a review.  I was not required to write a positive review.  All opinions contained herein are my own.

“He’s as hot, smooth, and rich as a lava cake. And he makes politics thrilling.”

FINAL DECISION:  I loved this book and I can only hope that the next book will live up to the standard set here.  This book has all kinds of sexual and emotional tension with an incredibly sweet and romantic relationship.  A win for Hamilton!

THE STORY:  As a child, Charlotte Wells met the president and his son Matt Hamilton.  She promised Matt that if he ever ran for president, she would support him.  Now years after the assassination of his father, Matt has taken up the challenge to be the youngest man to ever be elected president.  Charlotte signs on to his campaign.  As the two spend time together, the attraction between them is obvious and forbidden.  Matt knows all to well the sacrifice that being the president means for a wife and family and has no intention of having either.  Rather Matt intends to dedicate himself to the American people.  Despite this, he can’t resist Charlotte even as they risk scandal for what they both know must be a temporary relationship.

OPINION:  I approached this book with a tremendous amount of dread.  After the miserable political season this year, the last thing I wanted was a political themed romance.  But this book surprised me and actually made me feel good about the possibilities of politics even if our current reality stinks.

I absolutely loved the story in this book.  Charlotte and Matt are so wonderful together.  Their romance is sweet and incredibly romantic while at the same time the two are hiding from the press. They know that their romance has an end date even as the two become more engrossed in one another.

Charlotte has had a crush on Matt for years.  When the two encounter one another again, the sparks fly between them.  She is a do-gooder who feels that she needs to dedicate herself to something.  That thing becomes the election of Matt Hamilton.  She believes in all his idealism and his reality.  I liked her because even though she is young at twenty-two, she is a hard worker and a realist about her relationship with Matt.

Matt Hamilton is just adorable (and gosh, I wish there was a real version of him running for president).  He is strong and dominant and funny and sweet.  He is completely dedicated to his run for president to fulfill his father’s legacy but he risks it all to be with Charlotte.  Even as his instincts and those around him keep warning him, he cannot help but fall for Charlotte.

What makes this book for me is how Charlotte and Matt develop a relationship even as they are determined to remember that their affair has an expiration date.  Matt takes incredible risks for Charlotte even as he claims that their relationship has to end.  Charlotte gives everything to Matt even as she knows that she could be the cause of his ruin.

The tension of these two obviously falling in love despite their best intentions not to made this book just sing for me.  The angst and the desperation of these two was beautiful especially when combined with the sweet situations they find themselves in.

This book is sexy but it was the emotional purity between Charlotte and Matt that made this book for me.

This book ends on a cliffhanger.  I’ve been burnt by multi-book relationship stories before but I hope that the next book in the series lives up to this one.

WORTH MENTIONING: This is part of a continuing series with these characters so their relationship is not resolved in this book.

CONNECTED BOOKS:  MR. PRESIDENT is the first book in the White House series.

STAR RATING:  I give this book 5 stars.

NOTE: I received  an ARC of this book in order to provide a review.  I was not required to write a positive review.  All opinions contained herein are my own.