FINAL DECISION:  Loved, loved, loved this conclusion to the Bourbon Kings trilogy.  A very soap-ish over the top story, this one finished in grand style. I’m pleased with the scope of the story and an only sorry that the whole series was so short.

THE STORY:  As we resume our story…The patriarch of the family has been murdered and the eldest son, Edward, has been arrested and confessed to his murder. Edward sits in jail mourning the loss of the woman he loves Sutton.  The middle son, Lane has taken over the family bourbon business which is deeply in debt due to his father’s embezzlement.  While Lane has reunited with the love of his life, Lizzie, their happiness is threatened by the lies and deceit in the family.  Finally, the sister, Gin has married a man her father picked out for her who is already abusing her. Gin is determined to take everything she can from her marriage especially to finally be a mother to her teenage daughter (who is the daughter of her longtime lover, friend and enemy Samuel unbeknownst to both daughter and Samuel).  And thus the story begins its conclusion…

OPINION:  I’ve been a fan of the Bourbon King series since the first book.  I loved the big, overly dramatic tales of the rich that reminded me fondly of the 1980s nighttime soap operas and Danielle Steele novels that where unofficially the mandatory reading for girls in my high school.  Together the three books in this trilogy make a wonderful, decadent mini-series reminiscent of the best of that genre.

As the mystery surrounding the murder of the family patriarch deepens, dark secrets of the family continue to be revealed.  There are far more twists and turns left to be explored in this book — and thankfully, the resolution path is not obvious or expected.

These characters are complex and not always nice or good.  Although there is much sudsy drama, the characters remain the central part of the book.  This book travels into the darkest and most dangerous territory of the story as all the characters face serious danger — both physical and emotional.  I liked the characters in this book from the beginning — not because they are nice people (many are not, but because there is the possibility for redemption for many of them).  This book reveals who might end up with a happy ending and who won’t.

There isn’t much I can give for the plot because that would give away the fun of the twists in the plot.  I can say that if you started this series, this book will provide the closure one would have hoped for.  It is a fun, over the top book, but enjoyable especially as a summer beach read.

WORTH MENTIONING:  This book resolves neatly (sometimes it felt too neatly) all the storylines in the trilogy.

CONNECTED BOOKS:  DEVIL’S CUT is the third and final book in the Bourbon Kings series.  The book really does complete the continuing story and should be read as part of the trilogy.

STAR RATING:  I give this book 5 stars.

I received this book for free from Netgalley in order to prepare an honest review. This does not affect my opinion of the book or the content of my review.

–the Note from the Author

FINAL DECISION:  One of my favorite books of the year.  THE ANGELS’ SHARE interweaves the individual stories of the various siblings in a compelling dramatic and amazingly mesmerizing way.  I couldn’t put this book down and my only regret is that I have to wait for the next book in the series.

THE STORY:  This book picks up immediately after the events of THE BOURBON KINGS.  The head of the family, William Baldwine has been found dead after the discovery of his embezzlement from the family company and the personal family fortunes.  First believed a suicide, suspicion begins to fall on the oldest brother, Edward, who was almost killed by William leaving Edward in pain, scarred and a shadow of his former self.  Edward also struggles with his attraction for Sutton Smythe, the new head of the family company’s rival and the woman Edward has wanted for years.  This story, along with the youngest brother Lane’s struggle to grasp the scope of the family’s financial problems and save them all are the focus of this book but there are other ongoing stories.  Gin, the sister continues her self destructive ways, loving lawyer Samuel while agreeing to marry a man she hates for money.  Now Maxwell, the mysterious brother who has been gone for years, has returned as well.

OPINION:  I came to this series after reading and enjoying Ward’s Black Dagger Brotherhood paranormal romance/urban fantasy series.  I actually like this series more.  After reading the THE BOURBON KINGS last year, I returned to the BDB series with a better appreciation of the multi-narrative technique that Ward uses in both series.

In THE ANGELS’ SHARE, the multi-narratives give this book the sense of a saga, a soap opera, a complex story that slowly reveals itself.  By slowly disclosing the individual stories of these characters, their complexity and humanity is revealed.  By giving readers the personal viewpoints of the various characters, we can understand them even when they are not particularly likeable.

The organizing narrative again comes from Lane.  Lane is becoming the family head after the death of his father.  With the strength of his love for Lizzie, Lane is changing and growing into a role that should have been his oldest brother Edward’s.  I adore Lane who is becoming a truly admirable man as the story progresses.  His honest struggles and mistakes make him eminently likeable and I still love his weakness for the practical and grounded Lizzie.

I want to say that this book is not a romance in the traditional sense.  Lane and Lizzie are together at the beginning of this book and no one else has a happy ending at the end.  I usually avoid giving spoilers, but those readers who insist on a very traditional read will not find that here.  Instead, there are multiple romances in this saga, all of which change and are exposed here for good or for bad.  The mistakes and miscommunications and successes of these characters in relationship to one another is the focus. Life and relationships are complicated things, changing and molding these characters.

Edward, the oldest brother, goes through the most growth in this book.  After being abused and tortured by his kidnappers in South America, Edward has spent years in pain and pitying himself.  Having abandoned everything that was important to him before, he remains angry.  After an experience that has fundamentally changed him, he doesn’t know how to deal with those changes and how even to integrate those he loves from his life before.  Instead, he wallows in a half life.  Now a suspect in his father’s death, Edward is being moved from his stasis. He has two women in his life now — Sutton, who he loved for years but believes that he can now never be good enough for, and Shelby who never knew him before and has no expectations of him. Things are changing for Edward and by the end we see that he has a lot of secrets that have yet to be revealed.

Gin, the sister, is in trouble.  Engaged to marry a man who she hates because she fears the loss of the family fortunes, she continues her self-destructive ways.  Much of Gin’s story remains a mystery but even for her there are bright spots.  In fact, there is scene between her sometime lover and often nemesis Samuel that is my favorite in the book.  The incredibly deft hand that Ward uses in crafting that scene made it one that both warmed and broke my heart reading it.  The question of how these two people who love one another so much managed to mess it up so badly remains concealed for another day.

We are finally introduced to the mysterious sibling Maxwell. He only has a small appearance in this book, but he clearly has secrets of his own.

Ward has interwoven these stories in such a way that I was sucked into the stories and couldn’t put this book down.  I read through much of the night with the “just one more chapter”. When I reached the end of the book, I was both incredibly satisfied and incredibly anxious for the next book in the series. I am addicted this dysfunctional family and I have to know what happens next!

WORTH MENTIONING:  The “angels share” refers to the amount of bourbon that is lost during the aging process though evaporation.

CONNECTED BOOKS: THE ANGELS’ SHARE is the second book in The Bourbon Kings series. This series consists of the stories of the Bradford family heirs to the Bradford bourbon company.  The stories of the siblings (and their friends) are intertwined in each book.  While a reader could skip the first book in the series and catch up here, this is a family saga where each book builds on the prior one and leaves much to be resolved in later books.

STAR RATING:  I give this book 5 enthusiastic stars.

FINAL DECISION: I did not expect to like this book, but I actually loved it. This family is severely disfunctional but I think I love that all these characters are damaged and their family is a mess. Lane might be the most normal of the group and Lizzie is definitely in the “normal” category.

THE STORY: Lizzie King, head gardener for the Bradford family estate, fell in love with the youngest son Lane Baldwine. They had a bitter breakup but he has been gone from the estate for two years. Now he has returned and his determined to make Lizzie give him another chance.

OPINION: This book is the beginning of the story of the Bradford family of Kentucky and their secrets and scandals and loves. I am a moderate fan of Ward’s Black Dagger Brotherhood — I really liked the first couple of books and then had to drag myself through the rest of the books. I did not have high hopes for this book but was intrigued by the completely different setting and genre.

I am glad that I read this book because I loved it. This is a seriously messed up family. There are many secrets and scandals that this book sometimes reads as a soap opera, but that is one of the reasons that I loved it. It is sprawling and big in scope and the intertwining stories of the different siblings really works here.

The book has deaths and suicides and possible murders. There is adultery and abuse and very evil machinations. There are also mysteries and sweet relationships.

I especially loved Lane as a character. He seems to be the most normal of this whacked family because of his love for Lizzie. He messed up his relationship with her before and is determined to make it work this time. In the midst of the craziness of the story with the revelations that seems to come on every page, Lizzie and Lane have a relationship that is sweet and sexy and sometimes feels incredibly normal.
I can’t wait until the next book.

WORTH MENTIONING: While this book concentrates on the relationship between Lane and Lizzie, there are significant events between two other couples: Lane’s older brother Edward and his love interest Sutton and Lane’s sister Gin and her romantic nemesis.

CONNECTED BOOKS: THE BOURBON KINGS is the first book in the series by the same name.

STAR RATING: I give this book 4.5 stars. 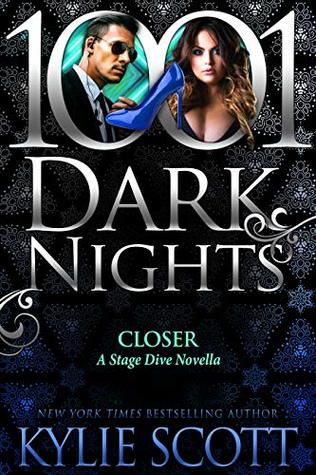 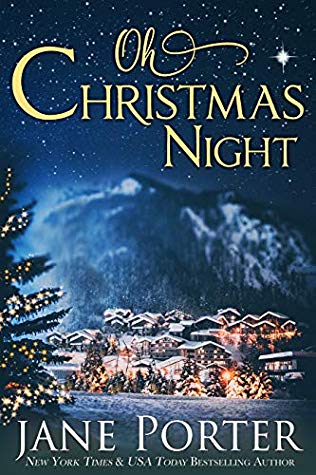 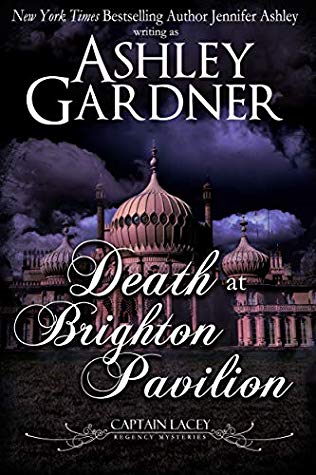